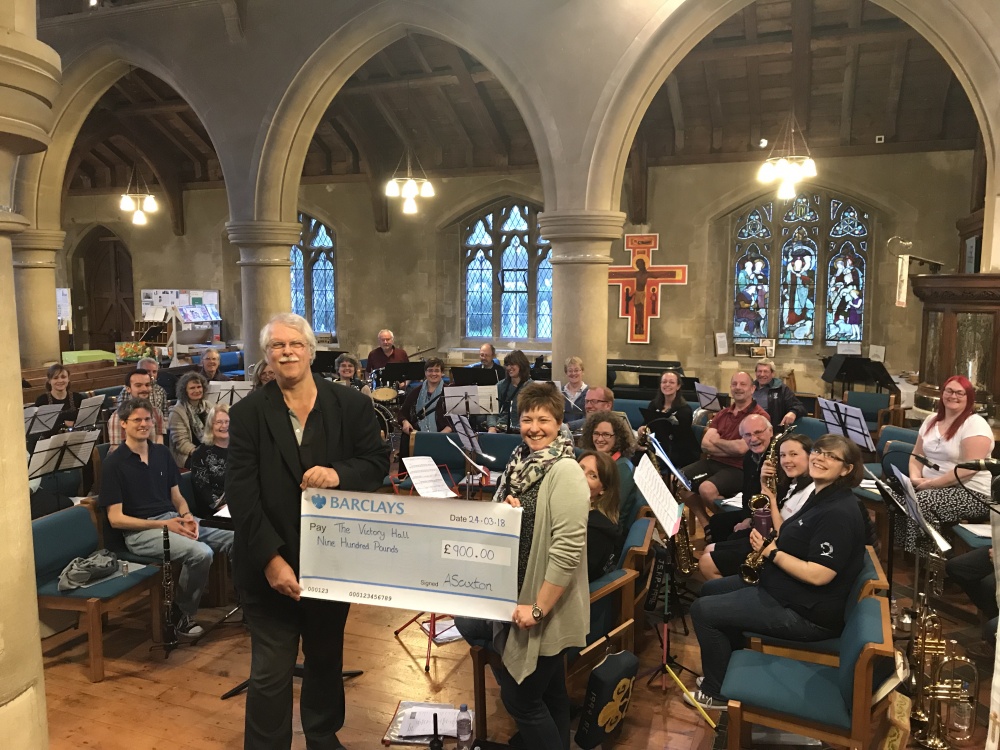 The Warsash Band used its Spring Concert this year to support important renovation work at the Victory Hall in Warsash.

The band donated all ticket money from the sellout concert to the Victory Hall, raising Â£900. The money will go towards replacing damaged flooring and other projects that are part of major refurbishment works which started nearly two years ago.

As always, the audience enjoyed an evening of entertaining and high quality music, from the excitement of the Candide Overture to a medley of familiar Disney favourites such as A Friend Like Me and Beauty and the Beast. For the second year running, the band was joined by the Solent Singers, giving concert-goers a rare chance to see the impressive all-female choir accompanied by a full-size wind band.

"Our relationship with the Victory Hall goes back decades, so we wanted to give something back by helping with their fundraising. The Hall plays an incredibly important role in the local community, and we're delighted that our donation will help to ensure that can continue."

Anne presented the Â£900 cheque to Derrick McNeill, the chair of the Victory Hall's management committee, who said:

"The Victory Hall gets no funding from local or county councils, so we very much appreciate this donation from the Warsash Band. We rely on donations like these to carry out vital improvements to the hall."

The band's next concert will be at the Victory Hall on 23 June.

Come and see us at The Victory Hall, Warsash on Saturday 10 September. Full details here.