Director of Music since 2014

Jon has been involved in music for well over thirty years. He is a passionate believer in the role of community music and its impact it can have on developing individuals socially, spiritually and academically. In 1997, he read world music and primary teaching at King Alfred's College of Higher Education. He studied flute with Simon Solloway and explored the post Grade 8 repertoire, particularly music from English and French composers such as Taffenel, John Rutter and William Lloyd Webber. 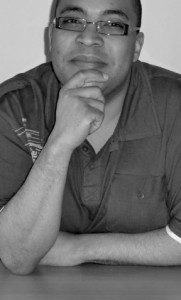 After leaving university, Jon worked for eleven years as a primary school teacher in schools across Hampshire, including two local Fareham schools where he supported music, school productions and orchestras, as well as establish a flute choir which enjoyed great success winning the ensemble category at the Young Musician Rotary Competition. As well as conducting, Jon is still an active musician and teacher. He is the piano accompanist for The Solent Singers as well as playing in groups such as Saxophony, Southampton Grad Band, The Blue Notes and The Band of The Hampshire Constabulary.

Jon worked for Hampshire Music Service as a 'Listen2Me' practitioner teaching the C Clarinet to whole classes of children as well as working as a peripatetic music teacher for Portsmouth Music Service teaching woodwind (flute, oboe, clarinet and saxophone) in a secondary school. He now works as an author and academic at the University of Winchester where he runs the primary music and ICT specialisms. Jon was appointed conductor of the Warsash Band Training Section in 2003 and was made conductor and Director of Music of both the Main Band and Training Band in 2014. He is a Founding Fellow of the Chartered College of Teaching; a Fellow of the College of Teachers and was made a Fellow of the Royal Society for the Encouragement of Arts, Manufactures and Commerce (FRSA) in 2009.

Dave joined the British Army September 1963, initially joining the '10th Royal Hussars' who were to be amalgamated with the 11th Hussars in 1969 to become The Royal Hussars. He spent three years at Bovington Camp in Dorset undergoing initial military and musical training during which time he become a Junior Sergeant and won the annual music competition to earn the accolade 'Best Bandsman 1965'. 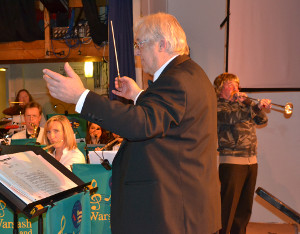 In 1966, Dave joined his Band (The 10th Royal Hussars PWO) in Munster West Germany and in 1968 he was sent to the Royal School of Music (Kneller Hall) in Twickenham where he obtained a 'Parchment' which was an annual musical competition for pupils attending the course of that year. He re-joined his Band in Tidworth before embarking on most of his Army career moving around Germany, Austria, Sweden, Denmark, Holland, Belgium and France before doing a spell as training regiment in Catterick, north Yorkshire.

During his army career, he rose through the ranks to become a Warrant Officer and consequently became the Band Sergeant Major of the Royal Hussars PWO where he spent many happy years. As a natural process he attended another course at Kneller hall for Band Sergeant Majors which included conducting, theory and Harmony and Man Management.

Dave left the army 1987 and moved back to his place of birth with his Wife Marilyn and two sons Simon and Alan in Locks Heath, and became involved with the Warsash Band in 1988. He initially played and shared conducting duties with an ex-marine musician, Ray Auberry, with a band of around 20 or so players most of which were 'very much learners', with no basses or euphoniums. When he joined the band it was for all intents and purposes a brass band with a clarinet player, and a library that fitted into a wicker hamper. With his connections to his old band, Dave was able to obtain more music and slowly built the band into a wind band or military band with brass, reed and percussion. The band continued to thrive with increased repertoire and membership and regularly performed at local events, held regular concerts, enjoyed exchange visits with the Ecole de Musique in Vannes and set up a training section to nurture new talent.

Dave can still be seen playing alto saxophone, bass guitar, clarinet, percussion and other instruments in many bands around the area.

Come and see us at Winchester Buttercross on Saturday 4 December. Full details here.