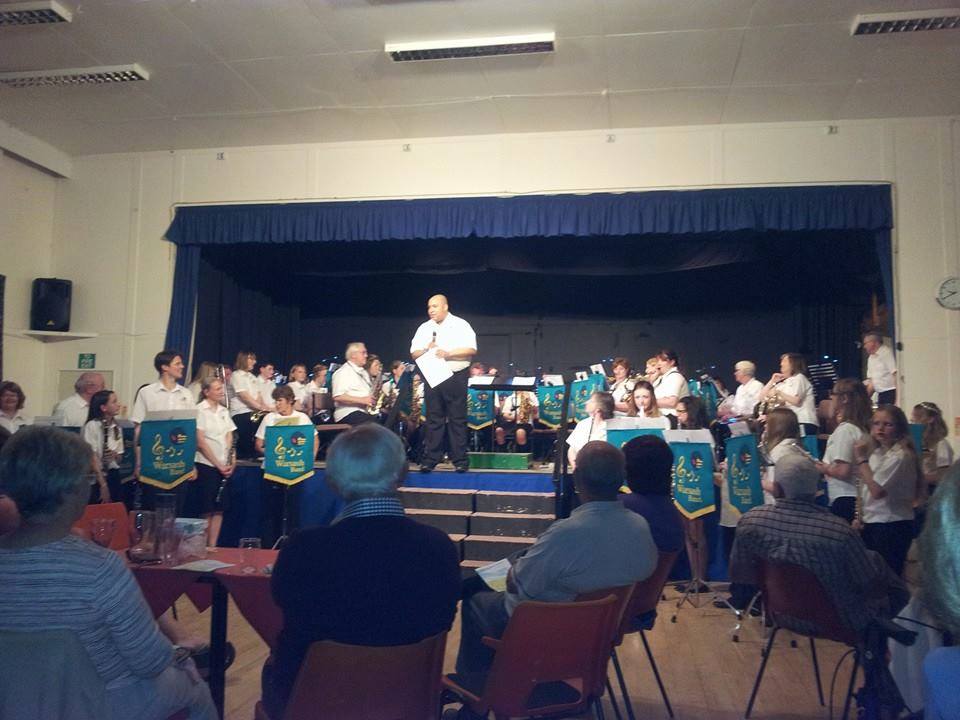 The Warsash Band introduced its new Musical Director, Jon Audain, to great acclaim at its summer concert on the 7th June.

An enthusiastic audience enjoyed an evening of top quality music. The varied programme showcased the band's versatility as it performed sensitive and exciting interpretations of challenging symphonic pieces, alongside excellent renditions of popular classics.

Many individual players and sections were featured, demonstrating the depth of talent in the band. The concert ended on a spectacular note with the Main Band and Training Section combining to perform the final two pieces as a single massed band.

Jon Audain took over as Musical Director in May, after acting as Training Section conductor for the last 11 years. He replaced Dave Gasser, who has retired after 26 successful years in charge to concentrate on playing, and remains in the band on alto sax.

"I was delighted with how well the concert went, and touched by the many comments I've received from audience members telling me how much they enjoyed it. I'd like to thank all band members for putting on such a great performance.

"I'd also like to thank Dave for the amazing amount of hard work he put in to get the band to the level it is now. I'm very much looking forward to the challenges of pushing the band to new heights in the future."

"Jon was the natural choice to take over as Musical Director once Dave announced his retirement. He's already shown what he can do as conductor of the training section, and his achievements there bode well for the future. Dave's 26 years in charge of the band saw it grow from strength to strength, and now we're all looking forward to Jon building on this - and it's also a bonus to have Dave playing alto sax with us."